Memoir of a Finger Lakes Winery

This entry is the first part of a series of mini-blogs about how King Ferry Vineyard and Winery came to be, as told by those who conceived, nurtured, and grew the businesses.

Peter Saltonstall’s father was a professor of agronomy at Cornell University with a passion for farming. He had a small family farm with beef cattle and a feedlot at his home in Ellis Hollow, NY. While working for Cornell Cooperative Extension he located fertile farmland in King Ferry, New York. In total he purchased about seven hundred acres of land in King Ferry.  As a child, Pete remembers sitting on a tractor for hours with his father, and as a teenager he helped work the land himself.

Sadly, when Peter was only thirteen his father died. Working with a hired manager, Pete realized in his late teens that cattle farming was not to be his fate. A visit to Napa Valley with his brother in the mid-seventies helped him realize his desire for change. They went to several wineries and had a great time.  Pete’s time in California instilled a subconscious spark of interest in viticulture that would be realized years later.

When he returned from California, he began auctioning off farm equipment and sold most of the land, keeping a small farm on Lake Road that extended down the slope all the way to Cayuga Lake. This one hundred and fifty acres was previously “Treleaven Farms”, a small scale dairy operation. A Greek revival farmhouse stood on the property in disrepair. It had been vacant for about twenty years. In 1975 Pete began renovating the farmhouse. During this time he also began dating Tacie Balliett from Long Island. They were married in 1977 and began life together in the reconstructed house on Lake Road.

For roughly the next 10 years Pete worked construction in Ithaca, NY. The newly married couple befriended Karen and Steven Dumas owners of the late Graystone Inn, located on East Shore Drive in Ithaca. Steven was a chef and a Francophile with an extensive collection of wine from Burgundy. (The principle red grape in Burgundy is Pinot Noir and the principle white variety is Chardonnay.)  This friendship triggered Peter’s previously unrealized passion for wine.  “Over the course of many dinners and probably too much wine we started talking about what would be the prospects of trying to grow these grape varieties in the Finger Lakes.” 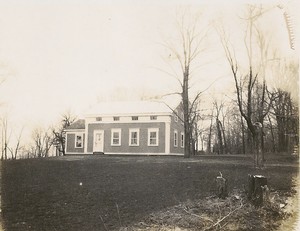 Commenting has been turned off.